The cause of jade culture and Tianyu 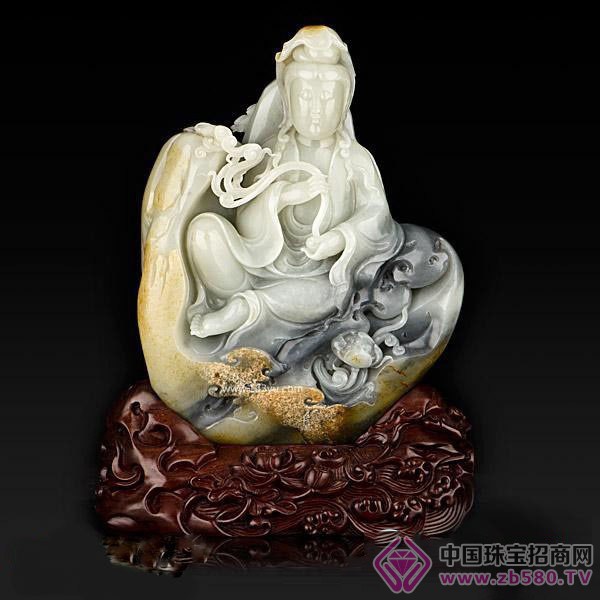 Hetian jade is distributed in Xinjiang Shache, Kashkuergan, Hetian-Yuyu, and the 1,500-kilometer north slope of Kunlun Mountain in Qiemo County. There are 9 production areas. Hetian jade's mineral composition is mainly composed of tremolite-yangshi stone, and contains trace minerals such as diopside, serpentine, graphite, magnet, etc., forming white, cyan, black, and other different colors. Most of them are monochromatic jade, a few have variegated colors, and the jade is translucent, which is greased after polishing.

Hetian jade is born in a mountain rock with an altitude of 3,500 meters to 5,000 meters. After long-term differentiation and disintegration into pieces of varying sizes, they collapsed on the slopes and then washed into the river by rain. When the river in the autumn is dry, the jade block collected in the riverbed is called seed jade, and the mountain material is mined in the rock layer. The earliest jade articles of the era that have been discovered with Hetian jade are from the tomb of Yinxu Women. After the Spring and Autumn Period and the Warring States Period, Hetian jade became the main jade material, which was collected from the seed material. During the Qianlong period of the Qing Dynasty, the Dagu River was controlled by Yushan, and the jadeite material weighed more than 5,000 kilograms. From the perspective of geological sciences in the Maitreta Mountain, Hetianyu had a clear scientific meaning. It refers to the jade ore distributed in the Kunlun Mountains of China, which is formed by the contact of magmatic marble with medium-acid magma. There are a series of varieties such as white jade, topaz, sapphire and ink jade, especially white jade. Its genesis and variety have a unique position in the world of nephrite, which has typical significance. The world's nephrite varieties are single, and most of them are jasper, and Hetian jade has many varieties, and there are rare white jade in the world. The jade is the crown of the world's soft jade. The world deposit is a snake-mosa type, which is related to ultrabasic rocks, while the Hetian jade deposit is a non-snake type, whose origin is not the formation of regional metamorphism, but the formation of typical contact metamorphism, which are very unique in the world. .