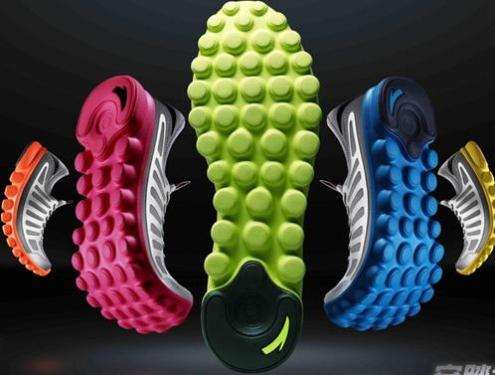 The cold wave of sports brands has not returned, and major brands are still struggling to digest the backlog of inventory over the past few years. Securities Times reporters found that in the first half of this year, the five sports brands listed in Hong Kong that had disclosed the interim report had closed a total of 1,807 stores in the first half of the year, and the overall inventory was down by only one percent from the end of last year.

As of August 22, except for Xtep International, five listed sports brand companies such as Li Ning, China Dongxiang, 361 Degrees, Anta and Peak Sports have disclosed their 2013 first-half performance reports. The above-mentioned company's mid-year report shows that the sportswear industry is still in the destocking phase in the first half of the year. Most of these companies expect that the downturn in the industry will continue in the second half of the year and will be improved by the end of this year.

Over the past few years, domestic sports brands have been overly optimistic about the growth in sales brought about by the London Olympics and other sports events. They have made a large number of shipments across the country, causing serious inventory backlogs and oversupply. In 2012, Li Ning took the lead in announcing the large-scale closure of stores, and domestic sports brands have gone to inventory. As of the end of last year, the inventory of the above five sports brands was 2.713 billion yuan. By the end of June this year, inventory had fallen by 10.32% to 2.433 billion yuan.

In the face of the industry's difficulties, most sports brand companies have adopted measures such as reducing future orders, closing shops, cleaning up aging inventory, and improving retail channels. Among them, the closure of inefficient stores has become a commonly used destocking method for sports brands. The number of stores closed by five sports brand companies in the first half of this year reached 1,807.

Last year, Li Ning, which closed down in large numbers, continued to close 410 stores in the first half of this year. Second only to China's trend, the number of regular stores, flagship stores, factory stores and discount stores nationwide decreased to 6024, and one dealer was reduced. At the same time, Li Ning also reduced the sale of new products to the retail channel and cleared channel inventory. In the first half of the year, more than 90% of the dealers have participated in the Li Ning channel revival plan, and the average period of channel inventory has been shortened from 9 months to a maximum of 7 months.

China Mobile's operating business is mainly based on Kappa brand distribution and retail in China. The company had 27 dealers in China in the first half of this year and directly or indirectly operated 1399 Kappa branded retail outlets, a decrease of 611 from 2009 at the end of last year. It is the listed company with the largest number of closed stores.

According to China Trends, various brands offer discounts when inventories are digested, competition is further intensified, and as costs rise, the profits of brand owners and distributors are greatly affected and they need to close down inefficient stores. However, at the same time as closing the store, China is moving to speed up the opening of regional retail branches. Since the establishment of the first company in Hunan in the second half of 2012, five branches in Dalian, Henan, Hubei, Shenzhen, and Shanghai have been established in the first half of this year.

Peak Sports is also opening new stores while closing stores. In the first half of the year, Peak Sports continued to optimize its distribution network by shutting down retail outlets with smaller areas and less efficient, while opening larger retail outlets.

There are also some sports brands that have begun to implement transformation. For example, 361 Degrees and Anta all lay out children's clothing brands. Among them, 361 degrees children's clothing income has accounted for 10.4% of the company's total revenue. The total number of 361 degree children's clothing retail outlets increased from 1590 to 1678. However, children's wear in the first half of the year decreased by 37.8% year-on-year.

The FR Bibs has the characteristics of wear resistance, temperature resistance, washing resistance, acid and alkali resistance, waterproof and strength. Not only Fr Bibs also Fr Pants have many large pockets on the clothes, which are easy to carry. There are multiple pockets on the front chest for pens, documents, and other small items. The knees are padded to enhance wear resistance to cushion the pressure on the knees when squatting. The strap is an elastic band and can be adjusted characters. Our company product Flame Retardant Clothing,Inherently Flame Retardant Clothing,FR Bibs and so on uses: Widely used in oil fields, petrochemicals, metallurgy, electric appliances, mechanical processing, electric welding, field fire fighting suits and other heavy-duty clothing or FR Bibs with special requirements for thermal protection.